Ryo is one of very few cryptonote currencies that does actual, rapid development. Its team is led by fireice_uk and psychocrypt, who are the developers of xmr-stak mining software and the cryptonight-heavy algo which has been used by several Cryptonote projects and pioneered first in industry floating point mining algo Cryptonight-GPU. Another lead developer - mosu_forge introduced first GUI Wallet with SOLO mining features among any Cryptonote projects. Ryo dev. team also developed mining platform - RagerX.
Though the project started on June 2018, the Ryo team has several vectors of development, and it has already brought results that we can see: 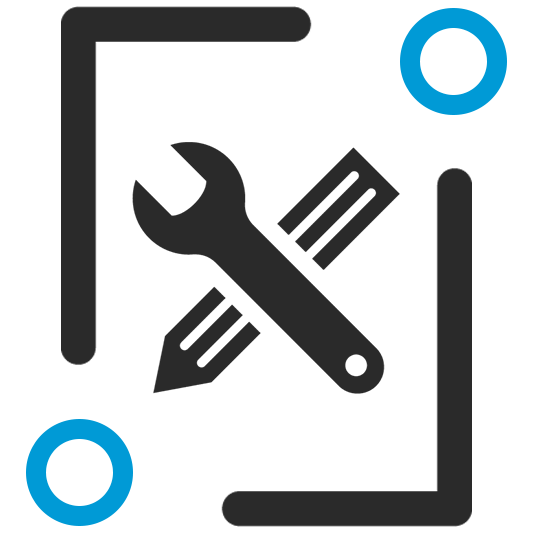 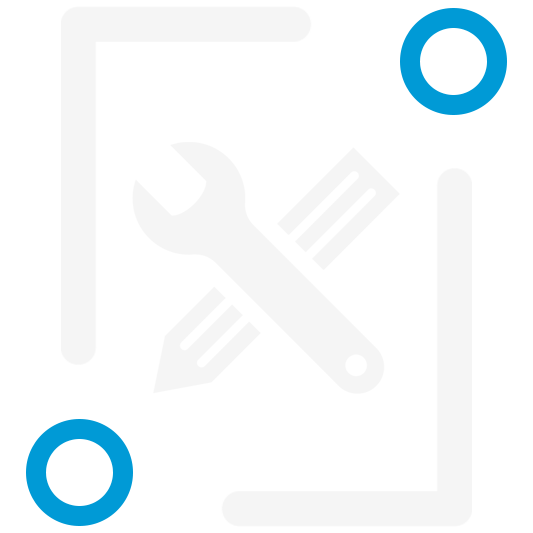 Our Github repository shows high activity. We have a solid track record and unique features that are not copied from other projects. 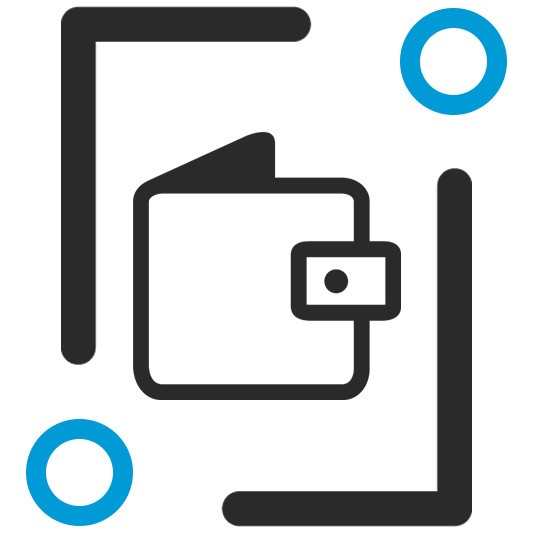 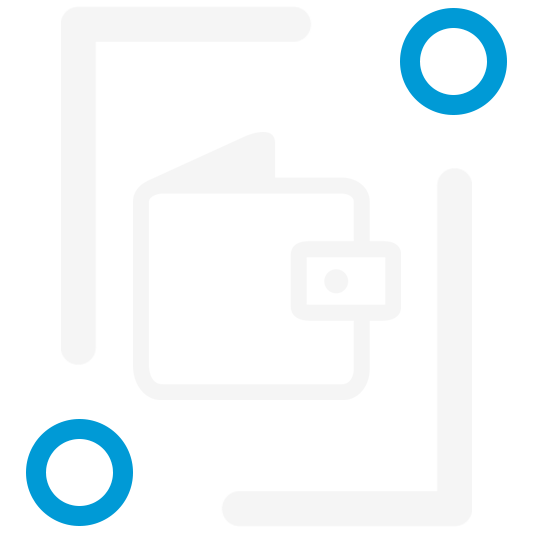 Ryo Wallet Atom is an intuitive and easy to use desktop wallet rich with features.
Ryo Wallet Quasar brings the user friendly interface of Ryo Wallet Atom to the web and mobile platforms. 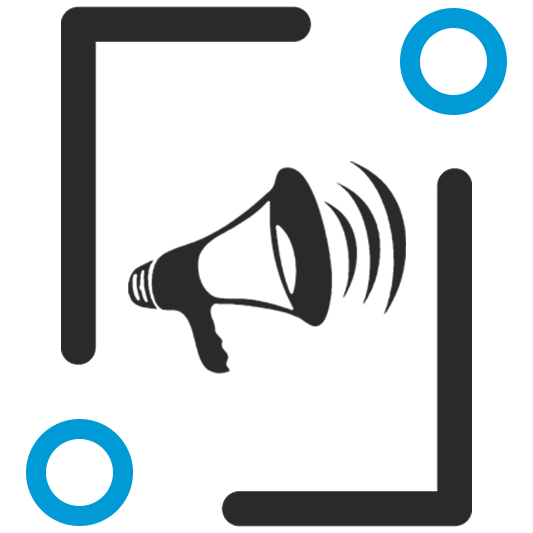 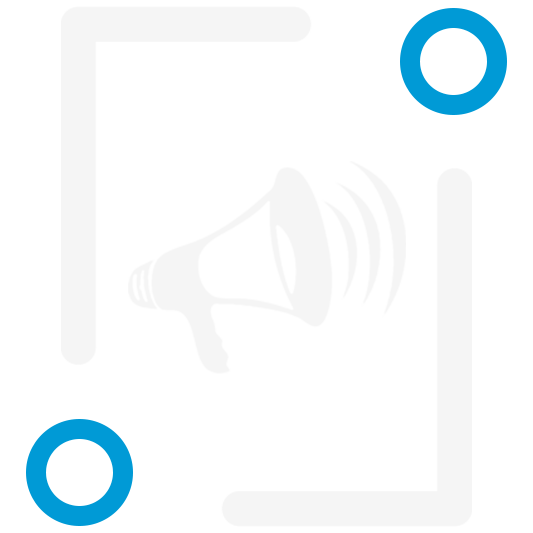 We care about our community and build all essential infrastructure needed for worldwide adoption of the project.

Powered by a professional development team, Ryo already has implemented several features into its source code; here are some of them that we would like to mention: 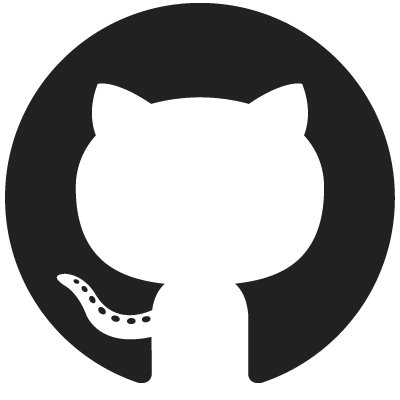 The initial version of the Ryo GUI wallet was welcomed by community as a user friendly and intuitive solution for sending and receiving Ryo. However it was built with outdated technology, so the Ryo wallet team decided to continue further wallet development using Electron framework and Vue.js The aim of creating an industry leading multi-language and multi-platform GUI wallet has already resulted in release of the Ryo Wallet Atom, available for Windows, Linux and MacOSX.

Providing the best privacy, security, and ease of use have been the guiding principles from the start of Ryo. With that, we are proud to release our ultra-fast WEB based wallet: Ryo Wallet Quasar. Ryo Wallet Quasar brings the user friendly interface of our desktop GUI wallet. (Atom) to the web and mobile platforms.

In an effort to provide transparency to the community on how the development fund is allocated, we built the following Dev-Fund Explorer page that categorizes data and provides an at-a-glance report on where the funds are being spent.
The funding is grouped into four categories:

Funding is grouped into four week periods and details are made public a few weeks after the period closes. While the Ryo team strives to provide the upmost transparency, we believe that real time figures could leak material information and be used for speculation on the open market. 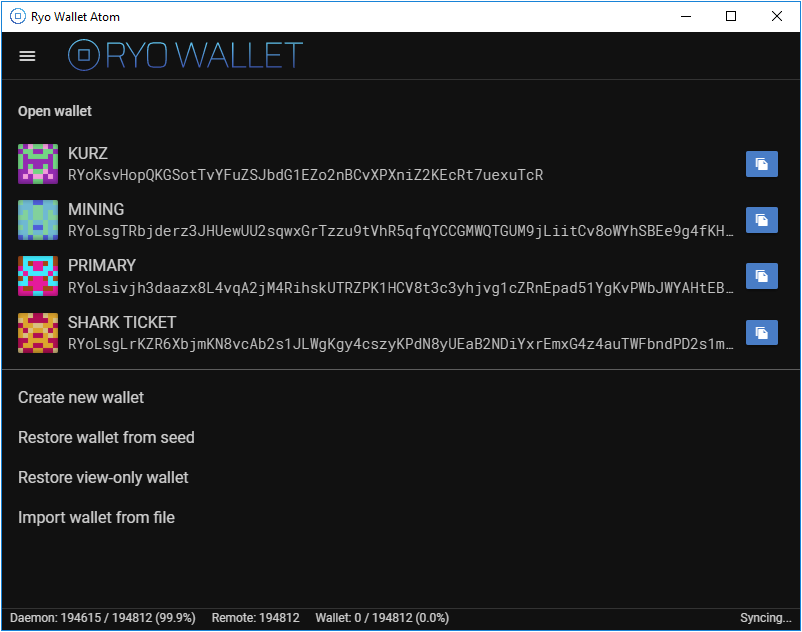 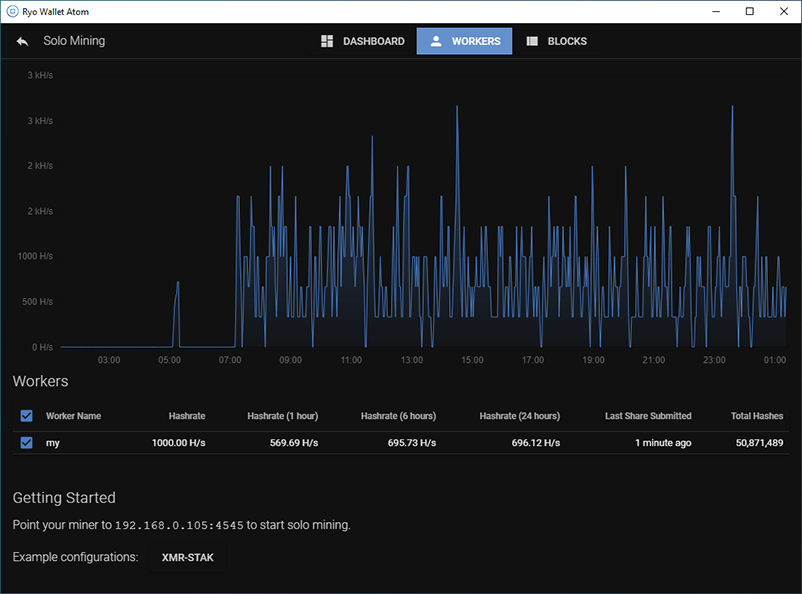 Infrastructure and support matter. The widespread Ryo support team provides online support for community and news. Our support and updates are present at ten social channels in several languages. You can join our community and ask the developers about their perspectives, ask for technical support, and get the latest news.

The Ryo dev team has also set up a powerful load-balanced public node which adds ease of use while synchronizing wallets for new users. By default, the new Ryo Wallet will use our remote node while downloading the blockchain for a proper balance of privacy and ease of use.

The Ryo Business room is channel where we can build a community of people with a large interest in Ryo-currency. It exists to foster ecosystem development and incentivise holding while enabling business people to work together.

In order to join, you must hold an interest in the project by having at least 50,000 Ryo and provide key images as proof. The reason this is a requirement is to make sure members are serious about the project and have the capital to make their ideas a reality. Alternatively, we may invite members of the community who have already contributed noteworthy components to the Ryo ecosystem. Large pool operators are also welcome to join the group.
Note: that you are not required to send us 50,000 Ryo, just provide proof that you hold that amount in your wallet. Join our Telegram channel and send direct message to our @RyoSharkBot to get invite to the group.

Ryo for web developers and their customers

Our team created WooCommerce plug-in for web developers. This is not just a rebranded version of the Monero wordpress plugin, it has tons of new features and makes accepting Ryo on your webstore accessible to everyone. Explore our Ryo gateway on Github . It is well documented, ready to use solution, that is being used on official Ryo Store as demonstration of its capabilities. With privacy and security as the core foundation of Ryo, we invest time and effort into security research as well as investigate and analyze issues with the Cryptonote protocol in order to bring true default anonymity for users.

Ryo currently uses RingCT with a ring size of 25, however it is our decision that RingCT cannot fully protect against transaction tracking. As our promise to create the most private and untraceable cryptocurrency, we are planning on replacing RingCT with second generation ZK-proofs.

This section is deliberately small - anybody can promise the moon and the stars. We - deliver. The planned core update features are unique and have never been done in Cryptonote coin development: Where can I use Ryo

Cryptocurrency projects should live up to their name, and a well maintained source code is only part of that. Currencies need real life usage. One of our goals is to build a strong ecosystem around Ryo making it easy to interact with.

Contact our community if you want to start accepting Ryo on your site or platform .

Ryo pool list page on miningpoolstats will help you to pick up pool for mining, check stats and network info.

Currently, Ryo can be traded with these crypto/fiat pairs: Fiat pairs:

Ryo dev team plans to continue work on getting listed at several other payment processors and exchanges. Although Ryo Currency code in main repository is source available until February 2021, we have contributed back bug fixes and features to Monero project:

On Feb 1 2019, we duplicated the ryo-currency repo as ryo-currency-libre . This new repo will always contain public domain code, and will be updated any time new code becomes public domain.

Also on Feb 1 2019, we updated the license on the main ryo-currency repo to protect the code for another 12 months. Thus code will be source-available until Feb 1 2021.

Loki and Arqma projects decided to use own version of wallet, based on Ryo Wallet Atom ( libre repository) as their official GUI wallets. 8.0 million coins.
Will be emitted together with the block reward over 6 years.